On Day 1, we just chilled out and enjoyed the food and the views, as one does on the first day in a familiar town. First, Portillo’s. Portillo’s is always first. 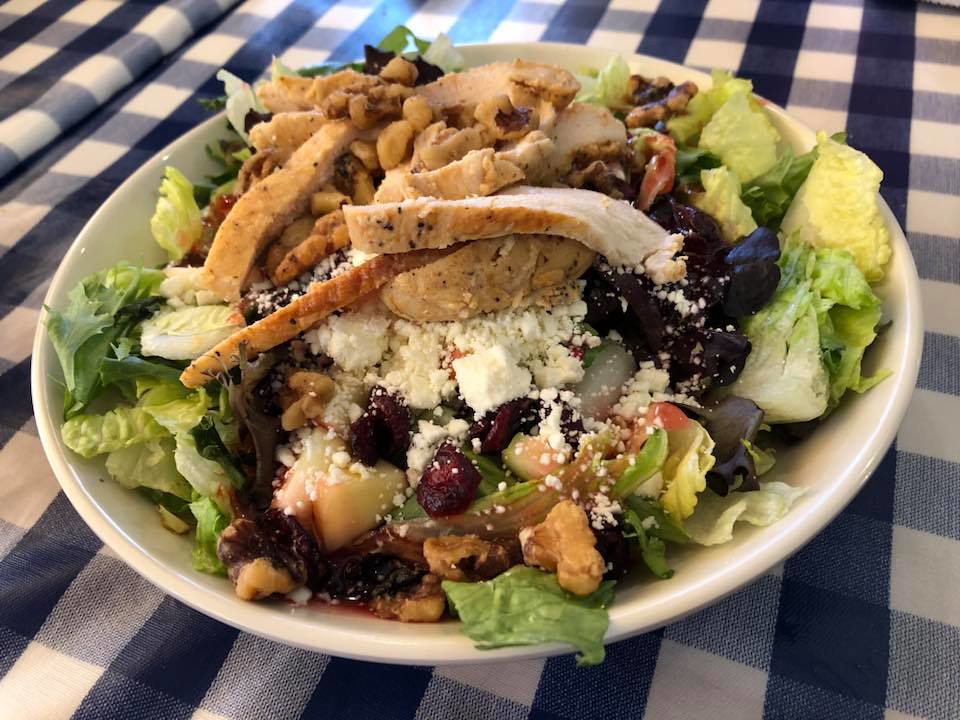 The apple walnut seasonal salad at Portillo’s was pretty good. I liked it a lot — well, with feta instead of blue cheese, anyway. 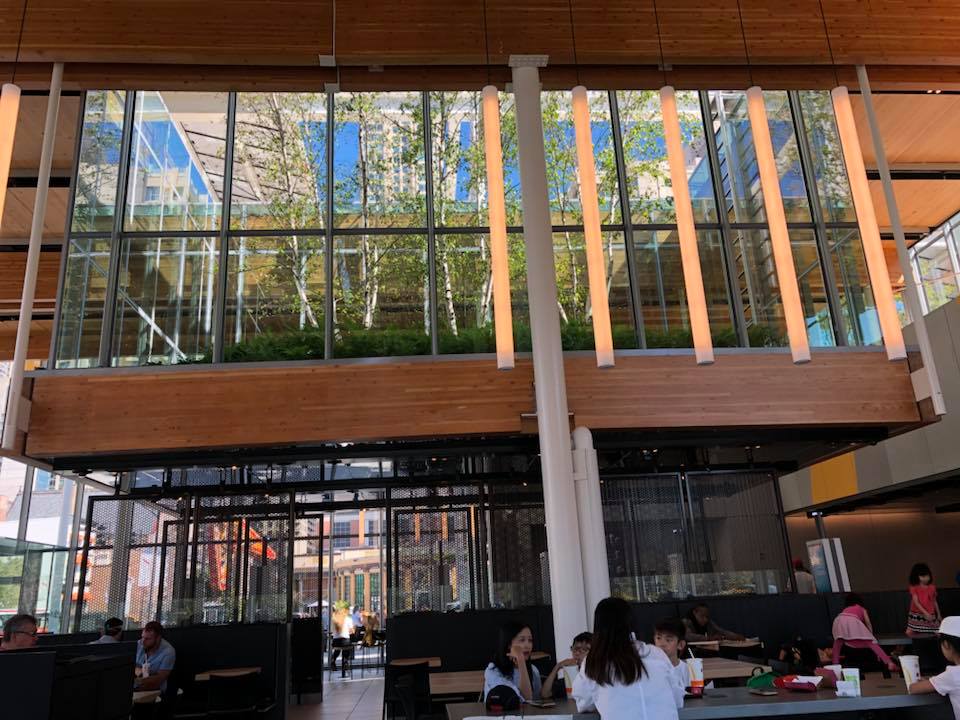 I’ll admit, it is nice from inside, but perhaps only for now, as it definitely will not look the same in winter, when the trees are bare. I miss the way things used to be, when they actually had a second floor (which was true through the last remodel), and when the second floor contained artifacts like old Happy Meal toys and Space Shuttle mission patches, and punchcards from Vogelback! Now it’s just temporarily nice-looking new McDonald’s where, by one account, the photovoltaic panels on the roof dump precipitation down on people who are trying to order in the drive-thru lane.

Dinner was at Mama’s Boy in River North, where I was almost tempted to get the baked ziti because Tom Hanks said he loved it . . . but I ended up getting gnocchi. Apparently, though, I should have gotten something with fresh parmesan, because then I would’ve gotten to witness this myself: 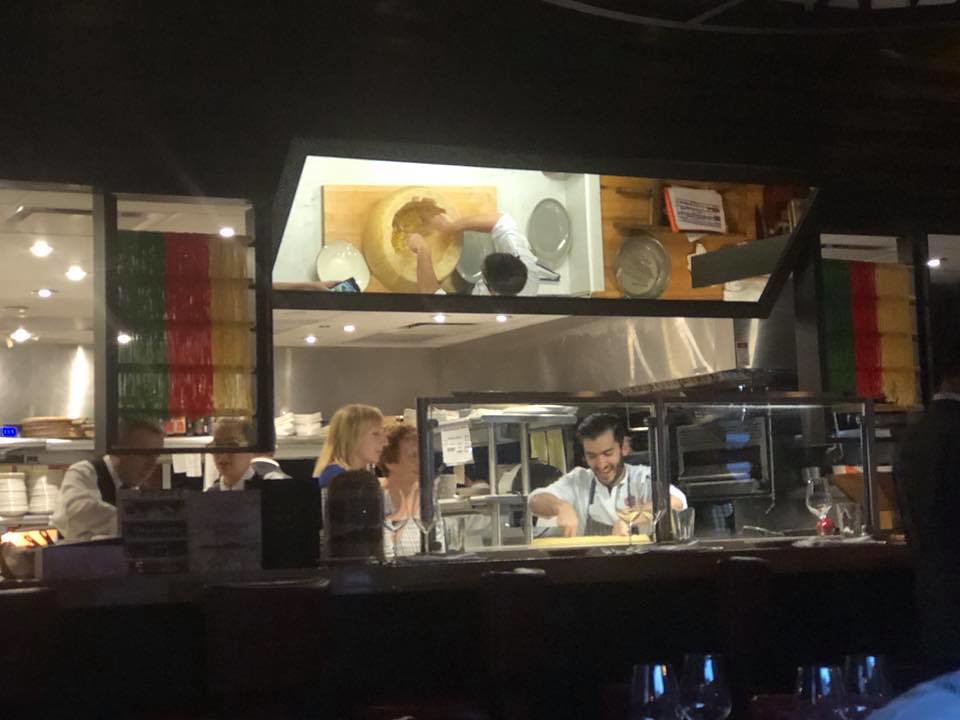 Obviously, we could see it from across the room, via a strategically placed mirror — the kind I imagine they use in cooking classes — but had I only known that the pasta itself would be tossed in the parm wheel . . . ! 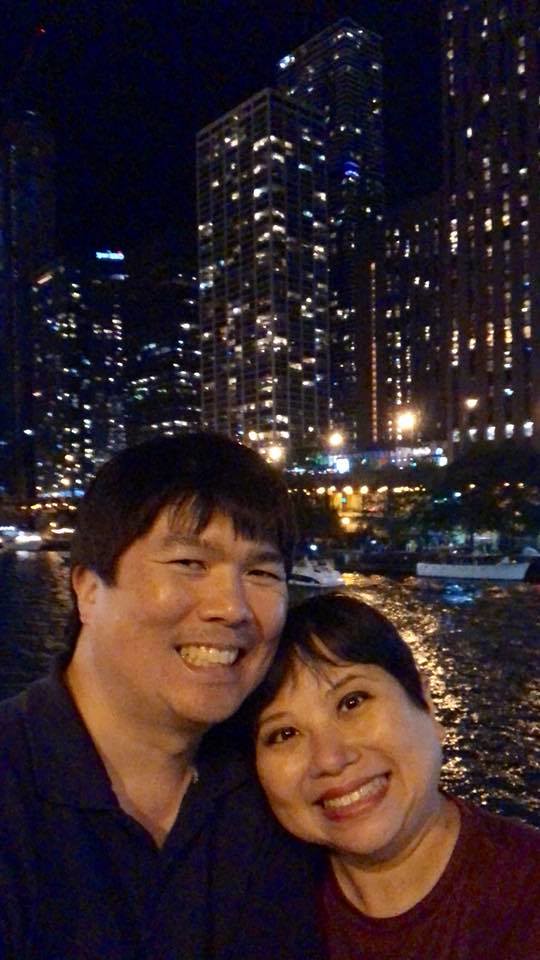 It’s interesting how different this branch of the river looks at night. When you can see Lake Michigan during the day, the vastness of the lake dwarfs the buildings, but at night, when you can’t see the lake, the lights make the buildings look more impressive.